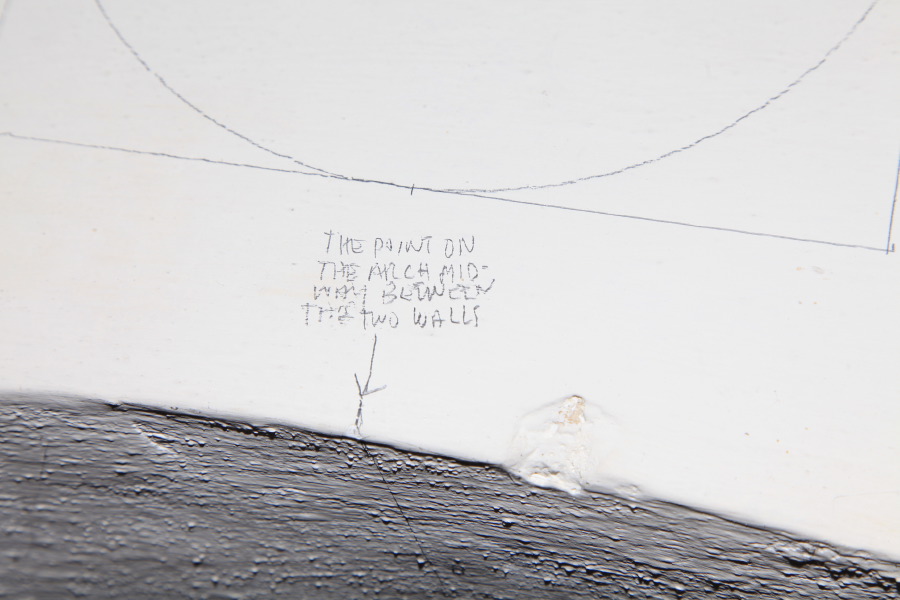 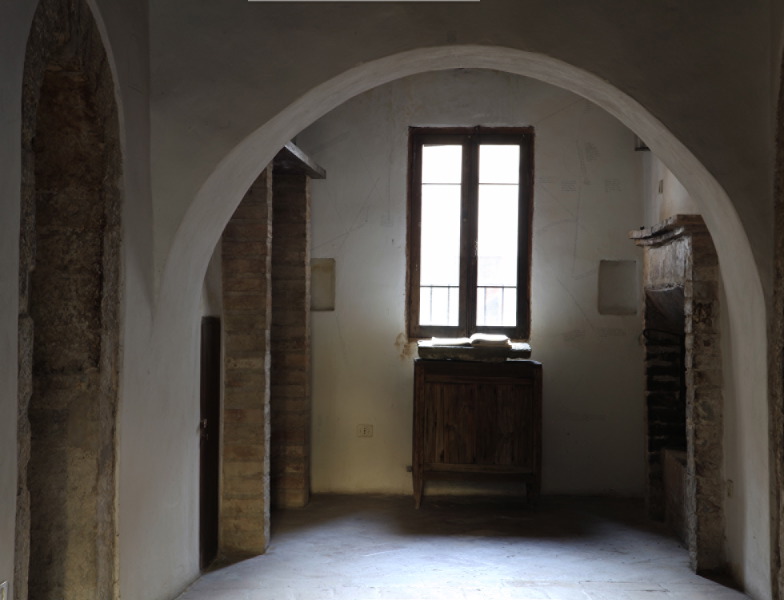 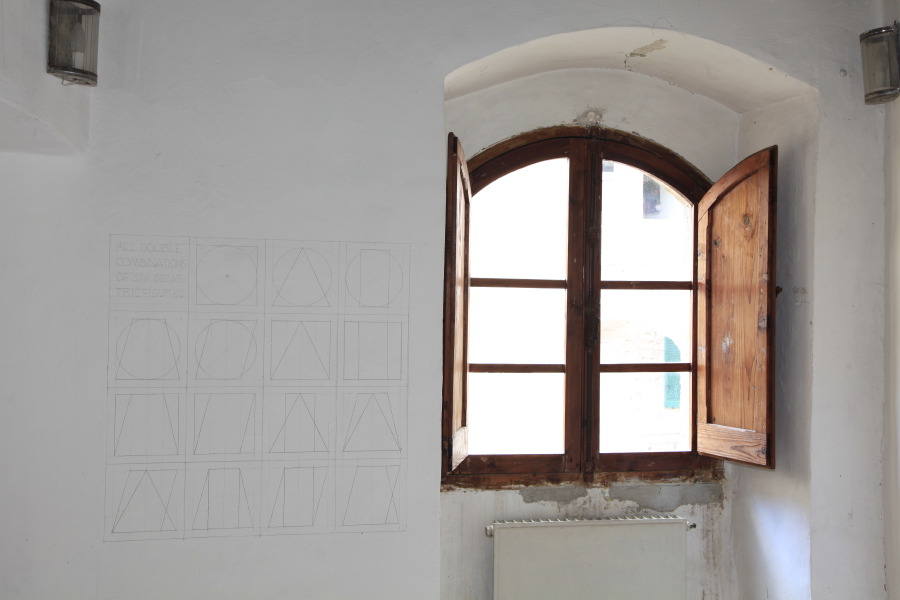 Images: Photos of the wall drawings in the Torre Bonomo, Joschi Herczeg

Writer Rye Dag Holmboe and artist Joschi Herczeg (JocJonJosch) were among our first residents to explore the Torre Bonomo. ‘The Rules of the Game’, which has unfolded across events, workshops and publications, is a response to the early Sol LeWitt wall drawings found in the tower.

The LeWitt wall drawings in the Torre Bonomo, made in the 1970s, include an important early example of the artist’s inventive and playful pairing of written instructions with their equivalent geometric constructions, known as ‘location drawings’. This pairing of the written word with the visual image, thought of in relation to the work of the Oulipo group – from which the project title ‘The Rules of the Game’ takes its inspiration – was the starting point for a new text by Holmboe. Herczeg’s photographs of the drawings, which were previously undocumented, illustrate the new text.

Holmboe’s text – titled ‘LeWitt, in the Shadow of the Object’ – was published in October (2018) (166) alongside Herczeg’s photographs. With funding generously provided by the Leverhulme Trust it will now take form as a book (MIT Press, 2022).

‘The Rules of the Game’ workshops, lectures and events have been hosted in both Spoleto and London.

Herczeg and his collective JocJonJosch, whose recent works engages with themes of the game or gaming, have been developing a new body of work in response to the Torre. This found its first expression in a collaborative drawing performance as part of the Art Licks Weekend in London.

Dr Rye Dag Holmboe is a writer; In 2015 he became a Teaching Fellow in the History of Art department at University College, London, working on Modernism and Contemporary Art. He has co-authored and co-edited the book JocJonJosch: Hand in Foot, published by the Sion Art Museum, Switzerland (2013). He is co-founder of Matchstick Books, an imprint which facilitates collaborations between writers and visual artists. The first book is Jolene, which brings together the work of poet Rachael Allen and photographer Guy Gormley. Holmboe’s writings have appeared in The White Review, Art Licks, Apollo Magazine and in academic journals.

Joschi Herczeg, who is part of the JocJonJosch collective, visited Spoleto in 2010 to photograph previously undocumented Sol LeWitt and Anna Mahler works. With JocJonJosch he has exhibited and performed extensively across Europe since 2008. In London they have exhibited at the Institute of Contemporary Arts (ICA), The Photographers Gallery, and at the Saatchi Gallery. JocJonJosch is based in both London and Switzerland. Their collaborative practice explores issues related to the body, transience, memory and narrative, as well as complexities inherent to collective decision-making. Herczeg’s own photographic practice stems from his collaborative practice.

This project is supported by: