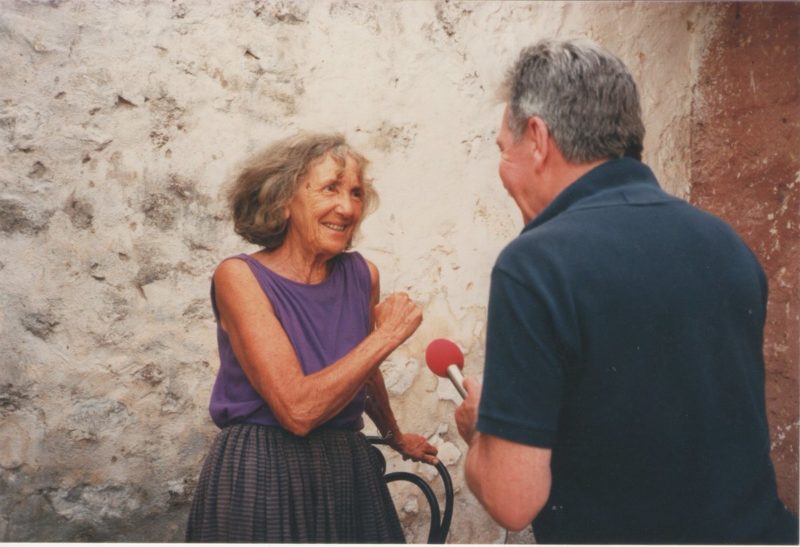 Writer Ellen Mara De Wachter joins us in Spoleto to work on her new book The Egg and The Eye, which turns to beacons of culture, from pop and avant-garde art to literature and cinema, to illuminate the relationship between food and other arts. Her narrative is punctuated with accounts of immediate encounters with food: Andy Warhol unpacking and eating a Burger King hamburger for the camera; Sarah Lucas propping a dead salmon on shoulder like an artillery rifle; Donald Judd and Robert Rauschenberg designing menus for the artist-run restaurant FOOD, in New York’s SoHo. From Agnès Varda’s celebration of gleaning to Patience Gray’s foraging across the Mediterranean basin; from Carolee Schneemann’s frolics with raw meat to food fantasies considered in light of Esther Perel’s theories of the erotic, this book offers food as a means to understand art and culture—and treats culture as a catalyst for a new appreciation of food. Through its choice of subjects, the book brings a range of concerns into focus, from the social, political and economic aspects of life to gender, race and class; the imagination; emotion, nostalgia and memory; sustainability and the environment; the wellness industry; pleasure and eroticism.

Ellen’s writing has featured in a range of publications, including Frieze, Art Quarterly and Art Monthly. Her video essays have featured on frieze.com, and in 2017 she presented a programme about her research into artistic collaboration on BBC Radio 4. Her 2017 book Co-Art: Artists on Creative Collaboration (Phaidon) explores the phenomenon of collaboration in the visual arts and its potential in society at large. Her writing is included in Great Women Artists (2019) and several medium-specific anthologies published by Phaidon. She has contributed essays and interviews to exhibition catalogues about the work of artists including Daphne Wright, Fiona Tan, Nastja Säde Rönkkö, Lawrence Lek, Melanie Manchot, Rachel Maclean and Sora Kim.

She is Associate Lecturer on BA Culture, Criticism and Curation at Central Saint Martins, University of the Arts London and she has taught at the Royal College of Art, London College of Communication, Royal Academy Schools, Goldsmiths College, Brighton University and Newcastle University. In 2013-15 she was Curator of Public Collection Development at the Contemporary Art Society, where she was responsible for CAS’s acquisitions scheme for museums across the UK. Prior to that, she worked at various arts organisations in London, including the Barbican Art Gallery and the British Museum.