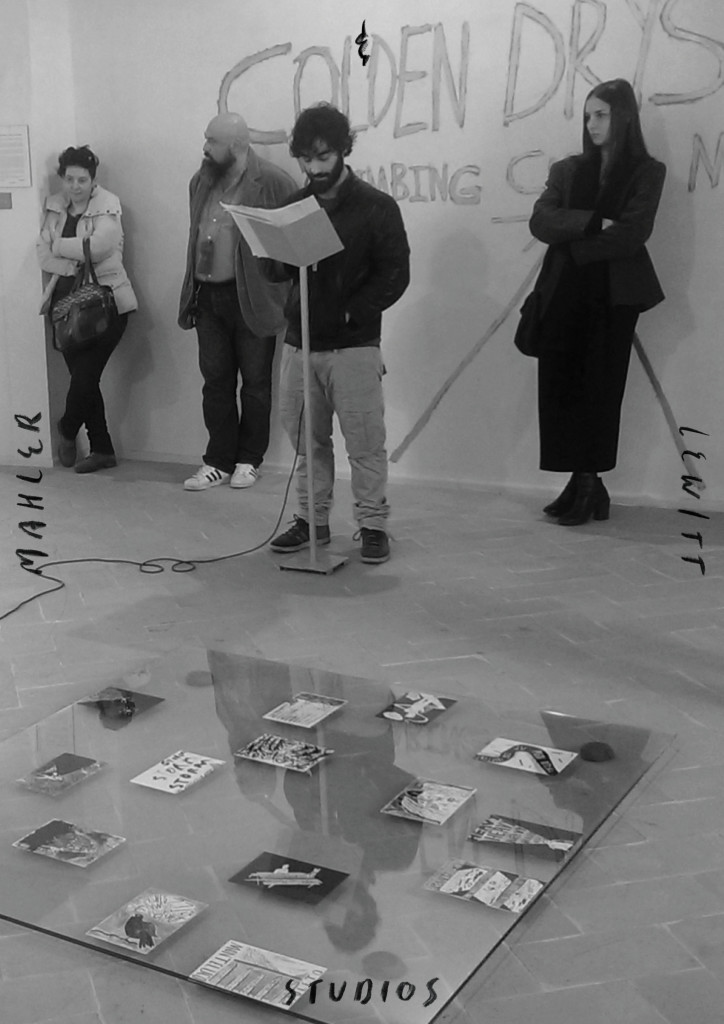 We invited Tom Barnett/Colden Drystone, a previous Anna Mahler award winner, to create a site specific performance and installation, unpacking a film and publication he had made whilst on residency in 2013.

Climbing Castel Monte follows Colden Drystone who, clad in a white neoprene, future- age suit, makes a journey from Spoleto to the summit of a nearby mountain called Castel Monte. Along the way he plays in an FA Cup Final, creates his own theatre production and sings David Bowie and returns to a childhood memory of William Walton, contemplating as he does so the pleasures and anxieties of human creativity. Colden completed the walk from Spoleto to Castel Monte in September 2013; a journey which was initially documented as a film before being developed into an illustrated book. It now finds expression as an installation and performance incorporating the original narrative, gouache on paper illustrations and a gold painted stone – a replica of the stone which he deposited at the peak of Castel Monte where it it currently resides.

He was Artist in Residence (2013-14) at Girton College, Cambridge where he realised a major new installation entitled Believing in Time Travel, devised and performed Kick Off – a monumental outdoor performance piece and recreated «The Thing is in Tension with the Idea of the Thing» – an engraved dry-stone wall that now resides permanently in the grounds of Girton College. .