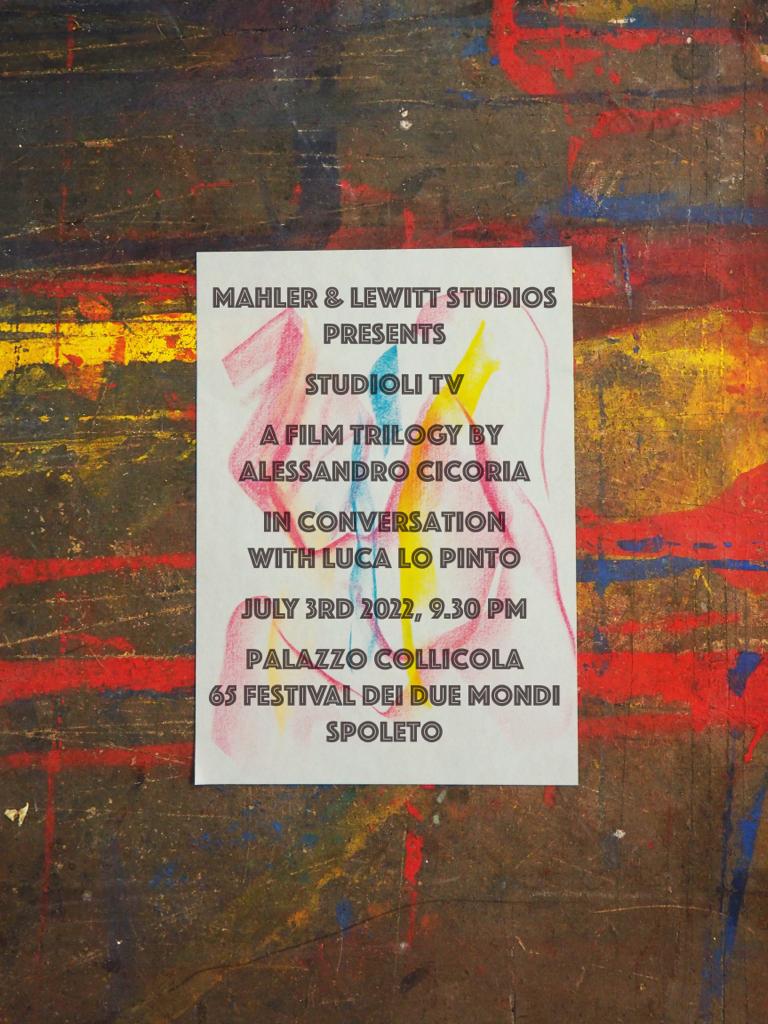 Former filmmaker in residence at the Mahler & LeWitt Studios in 2021, Alessandro Cicoria presents STUDIOLI TV, 2018-2020, his experimental art documentary film trilogy recently acquired by Museo MACRO in Rome. The trilogy documents, in a dreamlike and dystopian key, the project space run by Cicoria in Rome called Studioli. After the screening Cicoria will be in conversation with Luca Lo Pinto (Director, MACRO), and will present a series of archival clips which inform his practice.